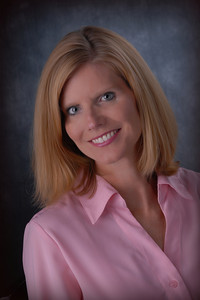 Karen Baer, BS, MS, MHA, CTBS joined the staff at The Hanna Perkins Center for Child Development as the Chief Executive Officer in June of 2012.

Baer’s career began in Massillon, Ohio as a marketing and sales representative for Mid-America Tissue Center (MATC), a non-profit tissue bank that provided bone and tendon grafts to patients in need of orthopedic, reconstructive and trauma surgeries.

She remained at MATC for 12 years, where she was promoted to Director of Tissue Services and then President. During her tenure at MATC, Baer increased market share, obtained industry certification, facilitated the construction of a new facility, acquired a competitor tissue bank and worked closely with the administration at Lifebanc to form a merger of MATC and Lifebanc.

Lifebanc, which Baer joined in 2001, is a non-profit federally designated organ and tissue procurement organization. During her tenure at Lifebanc Baer served as Director of Tissue Services and Chief Clinical Officer. She created three new departments, obtained industry certification, led the clinical departments to record setting years in the number of organs transplanted, tissue grafts recovered and families served. Baer and her team were instrumental in Lifebanc receiving the Medal of Honor for organ donation and transplantation from the U.S. Department of Health and Human Services

In addition to her role at Hanna Perkins, Baer is owner of Karen Baer Consulting LLC, a consulting firm that focuses on clinical best practices in the area of transplantation and healthcare. She is an Ohio native and lives in Stow with her husband, Butch, and two children.

She has served on a number of professional and community organizations, including: