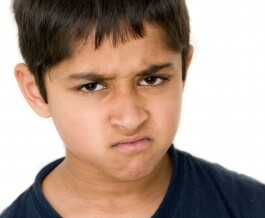 Any effort to shine a light on bullying and the harm it can cause is welcome. At Hanna Perkins, we understand bullying as a learned behavior – a coping mechanism for people who never developed better tools for self-advocacy.

We believe the most effective prevention of bullying begins as early as 4 years old. That’s about the time, developmentally, when children begin interacting with each other as people; when they begin going to preschool and/or having play dates.

For the first time, they find themselves in situations many times a day that can create strong emotions – not just happiness and joy, but also anger and fear. For a toddler, navigating such social interactions is anything but routine.

Children at this age know when something makes them feel bad, but they haven’t figured out what to do about it. They need guidance so they can learn to express those feelings in a way that is considerate of others. And when someone else expresses a strong feeling, they need to learn how to respond.

Children are resourceful, and if they don’t get the right guidance, they’ll learn how to deal with it on their own – sometimes by doing things that make other people feel the same way inside that they do.

A child who is angry may push, hit or grab. A child who feels ashamed or self-conscious may pick on another’s appearance or habits. It’s as if they’re trying to say, “Now you know how I feel.”

In toddlers, this is normal behavior. It’s not bullying, but it’s also not acceptable. It’s a form of communication and an important opportunity to learn.

If a child doesn’t get help from a supportive adult, over time these behaviors can become habits. By the time a child reaches adolescence, these behaviors are defined as bullying and the time when it’s easy to change them is long past.

Bullies not only inflict harm on others, they suffer themselves.

Every day, Hanna Perkins helps young children learn to identify, communicate and manage the strong feelings that arise from the ordinary interactions of everyday life. We prevent bulling before it ever begins.