Posted by: The Grandmothers 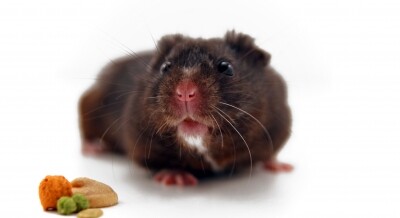 My 3-year-old son Billy’s hamster is looking sickly and I don’t know what to do if it dies. Should I run out and get another one so Billy won’t know what happened? I don’t want him to be sad and upset, so I want to be prepared for this situation.

This may sound odd, but you should be grateful Billy has this opportunity to experience death in a relatively simple way, rather than with the death of a loved person. It is a chance for him to see what death is, what is done with a dead body, and how we grieve the loss rather than ignore it.

This basic understanding of death can begin when a child is as young as 2 – when he notices dead things like insects or worms. If we use the word “dead” and explain that the bug will never move again because it is dead, we are helping him to have a concrete understanding of death in a situation that is not so emotionally charged as the death of a person he knows.

Knowing what is done with a dead body can be learned through the death of a pet. A child may want to hold the dead pet, even want to keep it. We must let him know that it will begin to smell, so we have to bury it. Putting Billy’s hamster in a box with a soft cloth around it and burying it in a protected spot in the back yard, with a flower planted on the grave, allows everyone to show their feelings of sadness at a death – even of a pet.

Allowing time to feel sad and miss his little furry companion without rushing out to buy a replacement gives Billy an opportunity to learn to cope with these feelings. Of course he misses his pet; of course it is sad when someone dies.

We grandmothers certainly understand a parent’s wish to spare children any distress. We also know that it’s often because the parent doesn’t want to have those sad feelings – it’s just too hard – so they try to avoid them for the child and for themselves. But we are doing the child a disservice if we do not allow him to learn that he can bear even distressing feelings.

When there is a death in the family, or the family of a friend or classmate, Billy will at least have an idea of the answer to one of the inevitable questions: What is dead? The other questions that all children have are: Can it happen to me, and can it happen to you, Mommy and Daddy?

Here, you can be truthful but still reassure Billy that, “No, I won’t die for a long time; I’m healthy and I take care of myself. You’ll be a grown-up; I’ll be a grandmother for many years.”

Parents may think they should be totally truthful and acknowledge that, “Yes, I will die,” because, of course, they will. But to a child, that means it could happen tomorrow or next week, because children have such an undeveloped understanding of time.

What about spiritual answers to the question of death? Here again, children’s lack of development in the area of abstract thinking means the best thing is not to give religious explanations about death to children under the age of 7; until then, such explanations are only confusing and unhelpful.

Think of how confused a child is when he hears that Grammy’s in heaven. “Why wouldn’t she come down from there and play with me?” the child thinks. And imagine how scary it is for a child to hear that Grandpa “went to sleep.” How can he close his eyes at night when he imagines that death is what happens when you go to bed?

If the child hears others talking about heaven or God taking people away, you can answer, “Many people believe that. Many people believe other things too, and as you get older you will learn about them and will understand them better. Everybody has such a hard time understanding death. It’s hard to believe that someone is never coming back, so some people talk about heaven and god. But I like to remember the person who died and think about things we did with her when she was alive.”

So, Worried Mother, I know we’ve told you much more about young children and their understanding of death than you were asking in your question. But we couldn’t resist this opportunity to talk about such an important issue for all parents of young children.

Thank you for bringing it up. And good luck to you as you help Billy deal with the many issues of growing up and help him build the emotional muscle that he will need throughout his life – starting with the death of a pet.